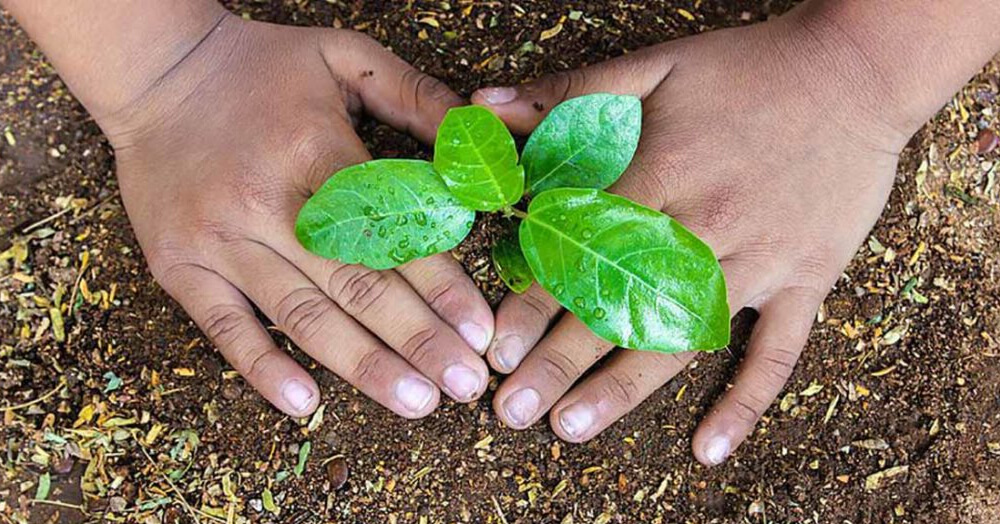 We always hear about how plants use carbon dioxide and give off oxygen as waste, and how animals (like us) use oxygen and give off carbon dioxide as waste, and how this is a very important cycle in nature. This is all true, but what we don’t hear about as often is that plants need oxygen to survive, too. Although, in any given 24-hour period, a healthy, growing plant will give off a lot more oxygen than it consumes, and consume a lot more carbon dioxide than it gives off, so people usually don’t think about plants needing oxygen.

The answer is that all plant cells need oxygen to live, because without oxygen they can’t perform aerobic respiration (respiration is the process of breaking down food to get energy). Of course, you probably know that when plants perform photosynthesis, they combine water, carbon dioxide, and the sun’s energy to produce sugar and oxygen. So the cells in the green parts of the plant, where photosynthesis is taking place, get all the oxygen they need from the oxygen produced by photosynthesis so that cells in the leaves and stems are okay. The trick is the cells down in the roots, where there is no photosynthesis. In most plants, these cells get their oxygen from air in the spaces between dirt particles in the soil (you’d be surprised how much empty space there is in the soil — mostly because earthworms are always moving around, churning up the dirt). But for plants that live in soggy environments, that’s not an option, because water holds a lot less oxygen than air does (we’re talking about oxygen here, not the oxygen in Hydrogen.
So some wetlands plants have developed a tolerance for low-oxygen conditions, and a lot of them have really shallow root systems so they’re as close as possible to the air. Mangroves are trees that live in saltwater lagoons, and they have evolved special roots, called Pneumatophores (Greek for ‘air carrier’), that act like snorkels for the roots. But most plants don’t have these special tolerances and adaptations, which is why you can ‘drown’ your houseplants if you water them too much.

Oxygen is not required for photosynthesis. Photosynthesis is how plants produce sugars (convert light energy into usable and storable chemical energy). However, plants require aerobic respiration to meet their energy demands.

There are organisms that can photosynthesise without needing aerobic respiration, but these are not plants. These include bacteria like cyanobacteria and algal species like certain kelps.

So the answer is three-fold. One a plant needs oxygen like any other living thing in order to live through respiration. Secondly, some plants need oxygen for photorespiration in order to increase photosynthesis efficiency. Thirdly it may at times or even mostly get this oxygen not from stored oxygen that is produced as a result from the process of photosynthesis, but instead, gets it directly from the air.